The Cretaceous period is the third and last geological period from the Mesozoic Era. It’s divided as: Upper Cretaceous and Lower Cretaceous. It started after the Jurassic Period and lasted 79 million of years, during which 70% of the existing species and practically all dinosaurs were extinguished.

The highlight of the Lower Cretaceous was the rupture of the supercontinent Pangea and Gondwana in two, thus giving place to what we know today as South America, Africa, Australia, the Indian subcontinent, the island of Madagascar and the Antarctic.

This period is characterized by warm weather, which caused sea levels to rise and led to the formation of interior seas. New species of fauna and Flora emerged.

The extinction of the dinosaurs could have happened as a result of a 12 km wide asteroid crashing in the Yucatán peninsula. This collision left a 180 km wide crater and is one of the theories of what happened.

The lower Cretaceous period began 145 million years ago, and ended 100,5 million years ago. It’s characterized by a great diversity of flora and fauna. The first birds and first plants with flowers are known to have appeared during this period. However, as we said before, the most important fact about this period was the rupture of Pangea.

The Upper Cretaceous began 100,5 million years ago, and ended 66 million years ago. During this time, more and more birds and mammals started developing. Despite a lot of scientific debate about the how and why, we seem to have a clear picture of what happened. All the dinosaurs from Cretaceous and preceding periods were extinguished. Some of the more reliable theories talk about the fall of an asteroid or a strong change of temperature.

Dinosaurs from the Cretaceous

Before half of the life on earth was erased, everything in the Cretaceous was a continuation of the life that started in the Jurassic. Giant Sauropods, sea reptiles, Pterosaurs and birds with feathers. However, the weather changed drastically after the rupture of the supercontinent and, and so lower temperatures were predominant. This alteration shifted the power and dominance relationships between species.

Everything we know about these creatures is because of the fossils founded underneath the soil and across the world. This is what has allowed the reconstruction and study of these creatures in the present. For example, we know that some dinosaurs were carnivorous because of their long sharp teeth and intimidating claws. On the other side, we know herbivores were usually big. 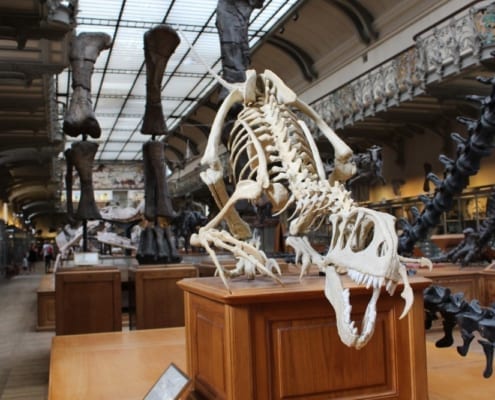 However, the proper way of differentiating them is according to the projection of the hip: either Saurischia or Ornithischia.

In order to discuss terrestrial wildlife, we need to take into consideration the evolution process that came after the adaptative radiation. This phenomenon cincreased the breach between species significantly. In the late Cretaceous, the Ankylosaurus started to diversify and were later related to the Stegosaurs. Usually they had a considerable size and could weight up to six tons.

There could also be found carnivores such as the Carnotaurus and the Spinosaurus, next to predatory theropods such as Velociraptor, Deinonychus, Oviraptor, Gallimimus or Avimimus. These last ones were characterized by having feathers or proto-feathers, and being smaller. Birds were the only dinosaurs that survived the end of the Cretaceous era. 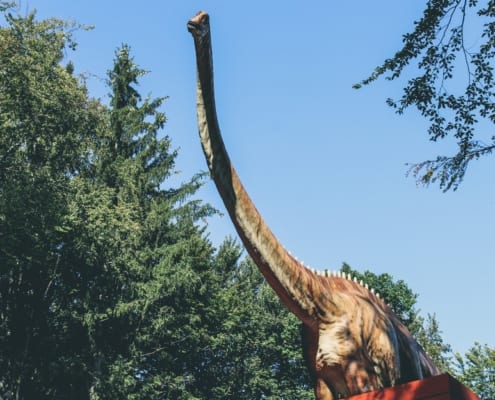 The Pterosaurs were the firsts vertebrates to fly. Even before birds. They had a wingspan that could reach up to 12 meters long, being the longest ever known until the Quetzalcoatlus appeared 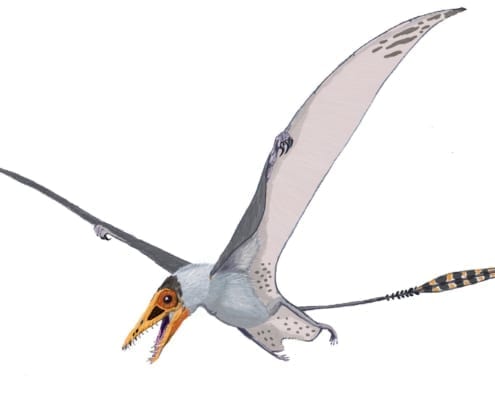 Sea Dinosaurs that lived on the Cretaceous were large animals, reaching between 12 and 17 meters-long on average. Mosasaurs and Elasmosaurids are the most common examples of the era, Both having surprisingly long necks.

Mosasaurs were reptiles with fins, so they adapted to sea life. However, they are considered family of today’s serpents. In the Upper Cretaceous period Mosasaurs were the most dangerous predators despite not having developed sight and smell. They fed on sea animals and even some of their own species.

Birds were the only dinosaurs that survived the Cretaceous period. According to “Current Biology”, the birds that endured were the ones who lived on the ground, given thatfter the asteroid hit the Earth, all forests disappeared.

Image gallery of dinosaurs from the Cretaceous

Everything we know about these creatures is because of the fossils found underneath the soil and across the world. Due to these discoveries we can nowadays know what they ate, their morphology and evolution. We can even see real life reconstructions in museums.

Here you can access a photo gallery of the dinosaurs of the Cretaceous period from National Geographic, so you can graphicly see how life in that time was.

The longest 3D printed bridge in the World