You probably recognize the curious landscapes of the Enchanted City of Cuenca in Spain or the famous Aggtelek caves, in Hungary, these last ones being a World Heritage Site since 1995. What you may not know is that these two places have something in common: they are two types of karst relief. In today’s post we are going to tell you what a karst relay is and how the structures that characterize it are formed over time.

What is the Karst relief?

The karst relief happens due to the erosion of water in limestone, and its name comes from an area between Italy and Slovenia where this landscape is most common. This type of relief originated by the drag or accumulation of soluble and disintegrated materials, such as those consisting of carbonates.

It is usually common to find phenomena like these in limestone rocks, evaporites (like gypsum and salt), dolomites and quartzites. That is why you can find a solid relief that degrades and dissolves the rock depending on the conditions of the environment and is usually characterized by the absence of surface water due to its filtration. 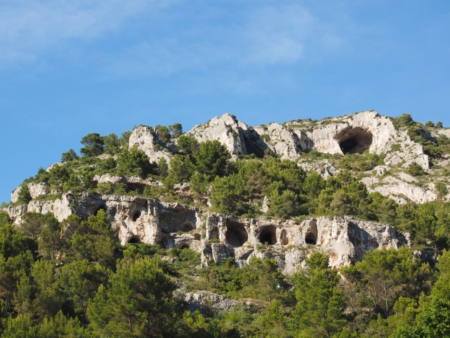 This process generates a variety of forms such as canyons, stalactite caves, among many others. These types of formations represent geological evolution over thousands of years, constituting an unequaled testimony to the development of landscapes across the planet. Karst relief can occur externally or internally, so it has many formations, as we will see below.

How is karst relief formed?

The formation process of karst modeling or relief is slow and occurs in limestone areas, where limestone rocks vary in their chemical composition with the action of water. The karst solution is due to a chemical process whereby the carbon dioxide of certain more acidic waters (such as the one that comes from thaw) interacts with the limestone rock creating calcium bicarbonate, which is highly soluble. Therefore, when the waters, both superficial and underground, penetrate the fissures of these same rocks, they dissolve to create forms that we will talk about later and that characterize these types of landscapes. 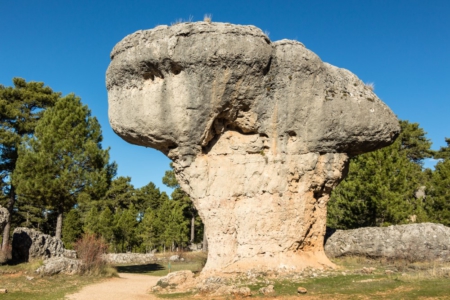 In other cases it is not necessary that the water is acidic in order to alter the structure of the rock, but that when the water evaporates, the sodium bicarbonate and the gas that it emits enter through much smaller cracks and the salts crystallize, forming what we know as stalactites and stalagmites, which are found in caves and other underground structures.

Therefore, the chemical alterations we are talking about are those that form elements of the karst landscape, which can be external (that is, they are formed in outer areas) or underground.

As we have said before, karst relief can occur outside or underground, both due to the erosion of rocks. This can generate a multitude of forms and modeling, which we will discuss below.

These types of formations are those found on the surface and are usually characterized by irregular terrain and shapes. In this case, we find these forms by the process of dissolving the rocks or by the collapse of other underground structures, such as caves. 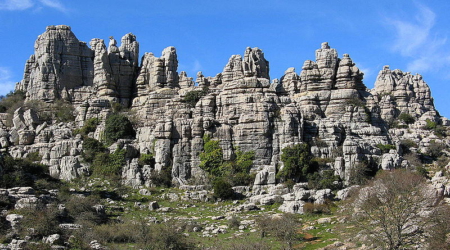 The most typical form of karst relief is the lapiaz. These are surface cracks that can measure a few meters, characterized by being separated by walls or rock partitions. It is usually found in flat areas with cracks or fissures through which water flows and over time some lapiaz end up becoming canyons and other types of karst relief.

On the other hand, the sinkholes are circular and closed depressions that reach large dimensions. It is a kind of rounded valley with sloping walls, which can generate caves or end up flooding in coastal areas. This formation is also known under the name of torca. If many sinkholes end up joining together creating a single karst shape, it is called an uvala, and it ceases to be circular to have an alveolar shape.

On the other hand, the poljes are the largest karst forms we can find, measuring up to kilometers. They are very large depressions characterized by having a flat bottom and therefore is closed by very steep slopes. In theory, it is an uvala (that is, many sinkholes together) very extensive. Even so, inside a polje, we can find the previous karst forms.

Canyons and gorges are narrow and deep valleys that have been created by the action of rivers.

The karst relief can also be found in underground areas, giving rise to caves, grottos and other very striking karst landscapes. 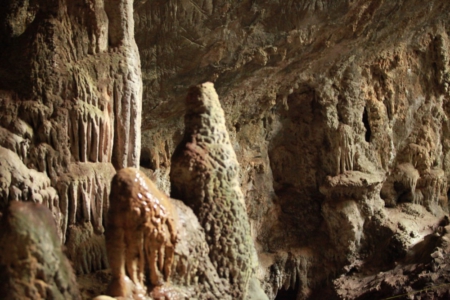 For their part, the chasms are large openings in the rock that communicates directly from the underground galleries to the surface.

Finally, we must talk about sinks, which are openings through which a stream of surface water flows to an underground water system. 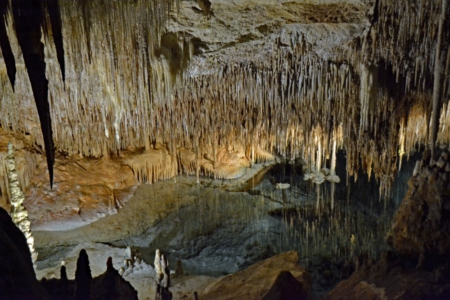 All elements are part of what is called karst relief, and depending on the area and its conditions, karst forms can vary considerably between different sites.

Do you know any site with these characteristics? Tell us in the comments!