Cathedrals are one of the most important representations of the architectural art trough out the history of civilizations. Imposing constructions of stone built as temples all over the map. Most of the cities around the world have one, but here we will talk about the biggest, tallest and most beautiful of Europe.

These monumental buildings arose from the need of the catholic religion to built impressive temples to increase the status of the bishop in a diocese. The boom of these constructions was since the XIII century, that’s why most of the cathedrals that we can find in Europe have a gothic style.

Cathedral of Notre Dame in Paris 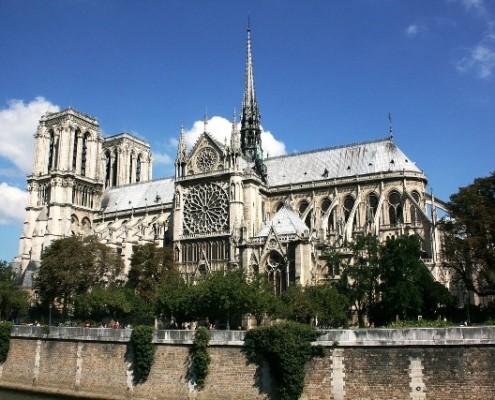 Notre Dame may be one of the most famous cathedrals of Europe, besides a symbol of the city of Paris. In 1163 the first stone of this legendary building was put, and it would be under construction until 1245.

During its eight centuries of life, it has seen important historic events. It has been reformed in several occasions, possibly being the most significant the addition of the needle in the XIX century.

The past April 15th of 2019 the cathedral suffered a massive fire that took down the needle and provoke severe damage to the roof, resulting in a collapse. Even tough the reconstruction works have already started; they have been stopped to improve their safety measures. 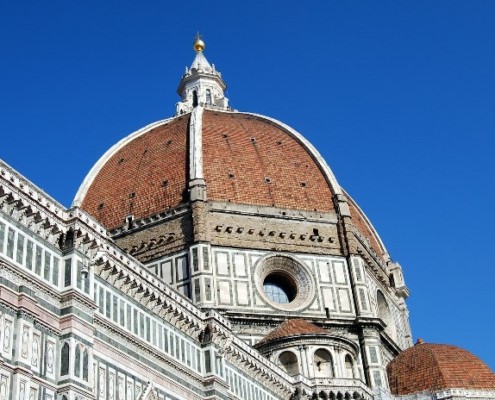 This is one of the most beautiful cathedrals of Europe. Located in the Piazza del Duomo, it goes back to the XIII century. Is part of the beginnings of the artistic representations of the Italian Renascence. Despite that at the begging it was a gothic construction, soon it was covered by marble of different colors and with the classic Romain style always feature in the Renascence.

The dome of Filippo Brunelleschi is the most impressive feature of this construction. It raises in the middle of the city of Florence with a height of 115 meters.

Cathedral of Cologne in Germany 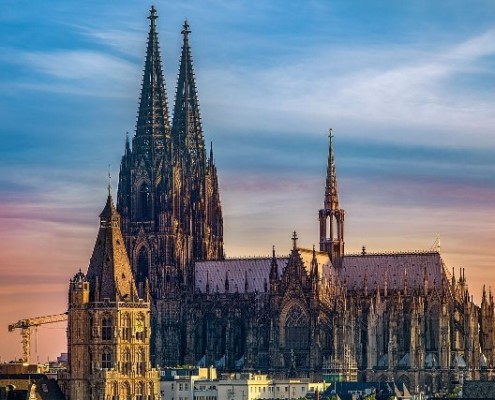 Located on the banks of the Rhine River, in the city of Cologne, Germany, is one the biggest cathedrals in Europe. Its construction begun in 1248 and lasted up until the XIX century. For many years it was tallest building in the world until the Washington Memorial.

During World War II, the Cathedral of Cologne suffered several damages. The vaults of the central nave and the north cruise had to be reconstructed for eleven years.

Cathedral of Burgos in Spain 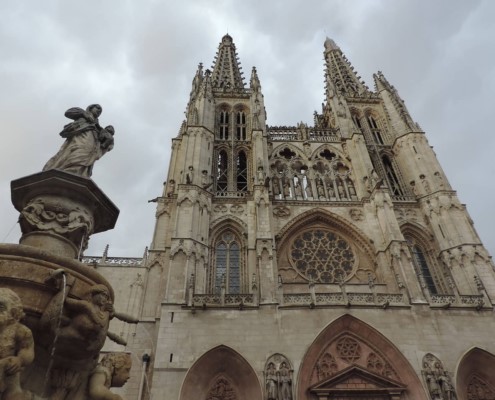 In Spain there are some of the most beautiful cathedrals as well. Burgos Cathedral is one of them.  Of gothic style, this architectural monument whose construction started in 1221, was the first cathedral of this style in the peninsula. During the next centuries, several modifications of flamboyant gothic style were made, and to this day, that is why this cathedral stands out from the rest of the Spanish ones.

Between 1080 and 1095 there was another Romain cathedral exactly were the Burgos Cathedral rises today. With the new artistic tendencies, the King Fernando and the bishop decided to build a new one.

Cathedral of Westminster in England

In this selection of the most beautiful cathedrals of Europe, we wanted to bring you the Westminster Cathedral for being the biggest catholic church in England and most important temple in all London.

Is a building from the XIX century and its facade can’t be more different than most of the previous constructions. The Westminster cathedral is neo-Byzantine with a facade of red brick and white Portland stones; It consists of three ships and a single tower of 87 meters high where the bell tower is located. 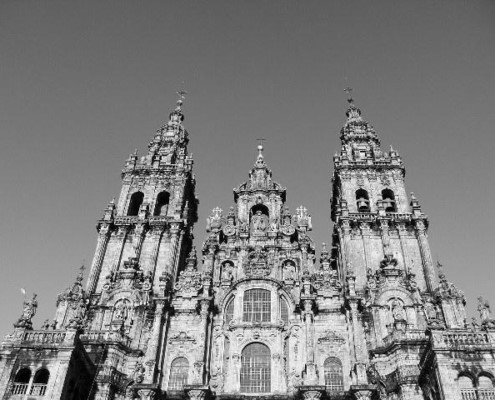 The pilgrimage to this place has made it one of the most visited temples in Europe because of the tradition that tells us that the body of the apostle Santiago was buried on the Galician coast, where the cathedral stands today.

The Cathedral of Santiago de Compostela as we know it today has a Romanesque style, although in the place where it is located, previously there was another more primitive construction. The original plant is classic of churches of this style, although later, throughout the centuries it has undergone different modifications. One of the most prominent is the facade of the Obradoiro, baroque style.

San Pedro of The Vatican in Italy 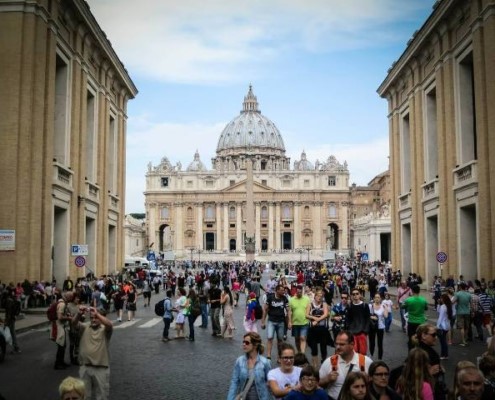 The Cathedral or Basilica of St. Peter of the Vatican could not be missing on this list because it is one of the largest cathedrals in Europe, as well as one of the most important being the center of Christianity and the largest church in the world.

It was designed and built by the most important Italian artists of the Renaissance. It was in 1506 when the current building construction began. The first architect to be involved in the work was Bramante, who was then followed by Rafael, Sangallo, Miguel Ángel or Giacomo della Porta.