Biostratigraphy is often run as a service in petroleum exploration & development for age and palaeoenvironmental interpretation. It can also provide critical insight of the data generated for detailed sequence analysis including unconformities and sedimentation breaks in addition to the identification of flooding surfaces and condensed sequences. It can also be used to characterize facies (reservoir to non- reservoir).

The integration of biostratigraphical data with seismic interpretation and sedimentological and petrographical data utilizes biostratigraphy’s potential most efficiently. The main fossil groups used in biostratigraphy, their temporal and spatial distribution and the contexts in which they occur will be illustrated with numerous examples.

The pitfalls of the use of biostratigraphical data will be discussed, which often relates to the geological context in which sediments were deposited.

This course will introduce the applied use of biostratigraphy in both an exploration and development
context with working examples and will cover both marine and non-marine sediments.

Gil Machado holds a degree in Geology and a European Doctorate (PhD) in Stratigraphy and Petroleum Geology and has ca. 10 years of experience in the Oil&Gas industry, in exploration projects of Oman, Mozambique, Brazil, Angola, Guinea-Bissau, Senegal, Gabon, Morocco, and other Atlantic basins. He is an experience biostratigrapher, including sediment fairways identification, deep and shallow water sedimentation characterization and sequence stratigraphy. He has worked extensively with well correlation, biostratigraphy, regional prospectivity studies and has managed teams and projects in multiple cultural environments.

He has mentored and supervised Bsc and Msc students, young professionals and taught several short courses and lectures on these subjects.

As part of his career he worked at Petroleum Development Oman as a Stratigrapher where he was responsible for the Precambrian and Lower Paleozoic stratigraphy studies and for the scientific management of the palynology laboratory of the company. He followed multiple wells as operational stratigrapher providing real time advice to the well geologists for casing points, TD calls, etc. He also contributed to the biostratigraphic zonation review of the subsurface of Oman.

Within this virtual platform, students are in continuous contact with professor in a tailored way, solving questions together, and widening knowledge and acquiring new skills. Students can also interact with other students and professors through webinars and forums.

As evidence of knowledge gained throughout the course, a certificate will be issued from the Virtual platform. This certificate is based on the modern technology Blockchain, which increases security, prevents fraud, builds trust and ensures you’re ready for the future.

This course will not turn the participants into biostratigraphers – a Msc or PhD is recommended for that. It will however allow participants to understand and use biostratigraphic information to solve geological problems. As such it will help employability in the following types of institutions:

There are no reviews yet.

Be the first to review “Applied Biostratigraphy” Cancel reply

Get a free virtual campus tour

Finish this course and get a certificate based on Blockchain 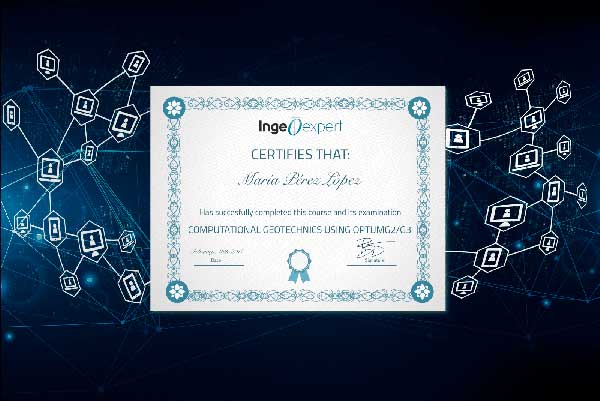